I was lucky enough to receive copies of Sun Catcher and Storm Chaser, the first two books in Sheila Rance’s Sun Catcher trilogy in preparation for today’s Countdown to 7th May post (Thanks to Jim Dean @Yayeahyeah for organising the blog tour and inviting me to join in).

Later on I’ll share with you an interview with Maia the books’ protagonist, but first, to whet your appetite for the last book in the trilogy, here are my thoughts on the first two books. 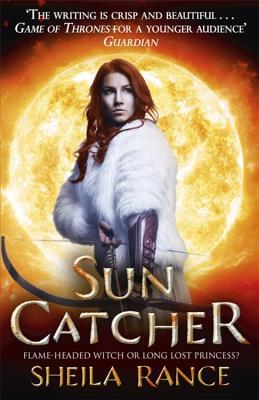 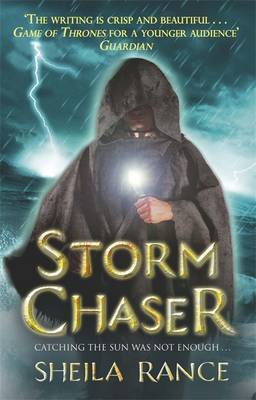 Firstly let’s talk about the covers (Images from Goodreads), if these don’t draw you in then I’d be pretty surprised. Vivid Colours, Fantasy Clothing, Raging Sun and Surging Storms as a backdrop. “Flame-Headed Witch or Long Lost Princess?” “Silk Tells Stories. It Sings of Secrets Long Forgotten. It Sings of Fire.” “Catching the Sun Was Not Enough…” “Silk Whispers. Clouds Gather. A Storm is Coming.” “Game of Thrones for a Younger Audience”

Like Game of Thrones this fantasy (or magical reality as Sheila terms it) story looks at different groups of people but really our focus is on Maia. We learn that Maia and her father Tareth were shipwrecked and although they were saved by and live among the Cliff-Dwellers Maia feels and looks an outcast. In Sun Catcher she begins to find out the truth of her heritage and her destiny. On her naming day the Watcher names her Sun Catcher and so begins her journey to discover who she is expected to be, and who she wants to be. This struggle to forge an identity is shared by the other teen characters in the books. What role you play in society is a common theme in Young Adult literature but with the unusual roles in this world it gives more scope to play with the underlying feelings about responsibility, meaning and so on.

At the beginning of the books, before the story starts, is a page dedicated to the main players in the stories. Here Kodo, the lizard boy and Razek the weed master and storm chaser are introduced. Two boys that fight for Maia’s attention. I wouldn’t call this a love triangle though – it’s far more complex than that and I’m really interested to see how these relationships develop in the final book.

I love the importance of animals to the story, the silk moths, lizards, eagles, horses, bees and a cheetah all play integral parts in the plot, showing how humans can rely on animals. They become more than creatures and are true characters in the books. The silk moths and the silk weaved from them produce much of the magic – silk sings and whispers leading characters astray and sharing information with them (but is it false or truth). I’d love to see how these scenes are portrayed in a filmed adaptation.

At the back of the books we get an insight into the research Sheila did into the Bronze Age that inspired the story, and you can see how that influenced but hasn’t limited the story.

The books are beautifully illustrated throughout by Geoff Taylor – I particularly love the one from Storm Chaser where Kodo is cradling Zena’s (Maia’s young sidekick) tattooed head.

The young adult characters work with the older characters and it is pleasant to see a mutual respect between them, something that I think we can learn from. 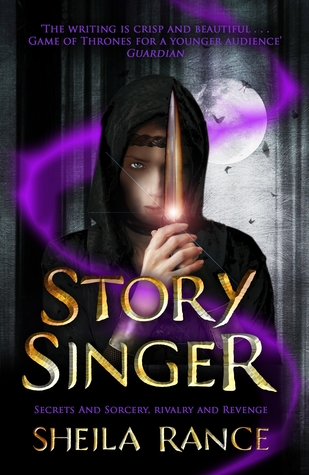 Overall I really enjoyed the books and am looking forward to reading the concluding part in Story Singer on 7th May. I’m also looking forward to sharing my interview with Maia with you later which will pick up on some of themes mentioned above.