Can you hear the distant dragon’s rumble of thunder? And smell the sweet swampy aroma of the ogre? Can you taste the tangy tarantula tarts? And see the girl who’s really a wizard? From magic carpets and wands to unicorns, potions, creams and lotions, Paul Cookson’s brewing a spell of fantastically magic poems. On this tattered magic carpet You can choose your destination For nothings quite as magical As your imagination

Beautifully illustrated, this enchanting anthology brings together work from a range of classic, established and rising poets including Shakespeare, Lewis Carroll, Benjamin Zephaniah, John Agard, Valerie Bloom, Matt Goodfellow, Joshua Seigal and A.F. Harrold. Whether you’re in the mood for a haunting or a spell gone wrong, this collection of mesmerising poems will have you bewitched from beginning to end!

The poems were chosen and compiled by Paul Cookson who also appears as an author.

Paul Cookson lives in Retford with his wife, two children, a dog and several ukuleles. He has worked as a poet since 1989 and has visited thousands of schools and performed to hundreds of thousands of pupils and staff. Paul is the official Poet in Residence for the National Football Museum, the Poetry Ambassador for United Learning and Poet Laureate for Slade. He worked as the Poet for Everton Collection at Liverpool Library, was Poet in Residence for Literacy Times Plus and, as part of the National Year of Reading, was nominated a National Reading Hero and received his award at 10 Downing Street. Paul has 60 titles to his name and poems that appear in over 200 other books. His work has taken him all over the world from Argentina, Uganda and Malaysia to France, Germany and Switzerland.

The illustrations are by Eilidh Muldoon a freelance illustrator based in Scotland who gained her MFA from Edinburgh College of Art where she now teaches.

The book itself is stunningly bought to life by the illustrations from Eilidh Muldoon. From its striking pumpkin orange, with black block print, cover to the endpapers and the whimsical illustrations such as this one to illustrate ‘A Cold Spell’.

A few of my favourite poems were:

The classic and the pastiche – Song of the Witches by Shakespeare, and the homage which adds the subtitle (when the internet wasn’t working) by Stan Cullimore

The rhyme and atmosphere made by Witchy Magic by Mary Serenc

If you are at all squeamish you might not like Oh How I Love a Unicorn by Paul Cookson!! So follow it up with How to Cast a Spell if you are Vegetarian by Roger Stevens

The Magic Kitchen Carpet by Paul Cookson that speaks of the immense joy and adventure that our imagination brings.

But I think my top two are This is my Library by Angela Topping and Somewhere in the Library by Stewart Henderson which espouse the magic of books and the cast the librarian as a bewitching creature who is ‘a gatherer of magic and a confidante of elves’.
Thank you to Bloomsbury and Blue at Kaleidoscopic Tours for the copy for the purposes of this honest review. Do check out the rest of the stops on the tour.

Today I have a review of Lari Don’s collection of fierce, fearless and free girls from myths and legends around the world.

A brilliant, inclusive collection of traditional tales from around the world featuring amazing women and girls. Once upon a time, there was a handsome prince who – no, that’s not right! Once upon a time, there were strong, fierce women who plotted, schemed, took action, showed kindness, used magic and trickery, and made their own destiny. From the long-haired Petrosinella who escaped the tower and broke the spell that the ogress had cast over her and Nana Miriam who beat a hippo using politeness and magic, to Kate Crackernuts who tried to save her stepsister from her mother’s curse, these are stories of girls doing it for themselves! With stories drawn from all over the world, including China, Scotland, Armenia, Italy and Nigeria, Lari Don presents heroine stories that don’t leave girls sitting around waiting to be saved by the handsome prince.

Lari Don is an award-winning writer for young people of all ages. She loved Scottish traditional tales as a child, and now loves gathering myths, legends and folktales from all over the world to inspire her novels. Since becoming a full-time author, she has written more than 30 children’s books, from picture books and early readers to middle-grade adventure novels and a teen thriller. Lari is passionate about visiting schools and libraries to share the traditional tales she loves, to show how those old stories can be used to inspire new stories, and to encourage young people to create their own adventures. Fierce, Fearless and Free is her fifth collection of traditional tales for Bloomsbury, returning to the theme of her first, the bestselling Girls, Goddesses and Giants. She lives in Edinburgh with her husband and two fierce, fearless and free daughters.

When Eilidh Muldoon isn’t drawing she’s thinking about drawing and she loves nothing in no more than to immerse herself in the world of traditional stories. Her sketch books are packed with detailed drawings and plots and plans. An illustrator and designer, she loves the variety of working one day on one of her popular colouring books or city-scape prints, and the next on one of Lari’s extraordinary heroines. This is her first book for Bloomsbury.

I really enjoyed the fact that there were tales inspired by local and international myths and seeing how fairytales such as Rapunzel and Red Riding Hood have a different spin in different areas.

Each story opens with a beautiful black and white illustration, with title and locality of the stories inspiration. Then comes Lari’s version of the tale. They are perfectly bite sized for a bedtime story or for readers to read independently.
At the back of the book Lari also briefly looks at the tale’s origins and I love how she highlights how and if she has adapted the stories. Each one has always been about the girls taking things into their own hands though – and the only thing Lari has usually changed is removing the trite “and she married a prince and lived happily ever after” endings. They aren’t needed – the resourcefulness and determination shown by the girls is the end goal.

My favourites were Neringa and the Sea Dragon (Lithuania – where you can visit the peninsula inspired by the tale), Bridget and the Witches (don’t leave your feet water out!), The Lace Dragon (even lace dragons breathe fire) and Medea and the Metal Man and now I’m just wondering how to slip that latter tale into my own Medea retelling.

I have one criticism and that is we needed a gorgeous hardback edition with full colour illustrations by Eilidh. After all girls deserve the best.

Thanks to @fayerogerspr and @bloomsburyed for the #gifted copy for the purposes of an honest review and to @laridonwriter and @EilidhMuldoon for giving us some fabulous #FierceFearlessAndFree tales for #IWD. Do check out the rest of the stops on the tour. 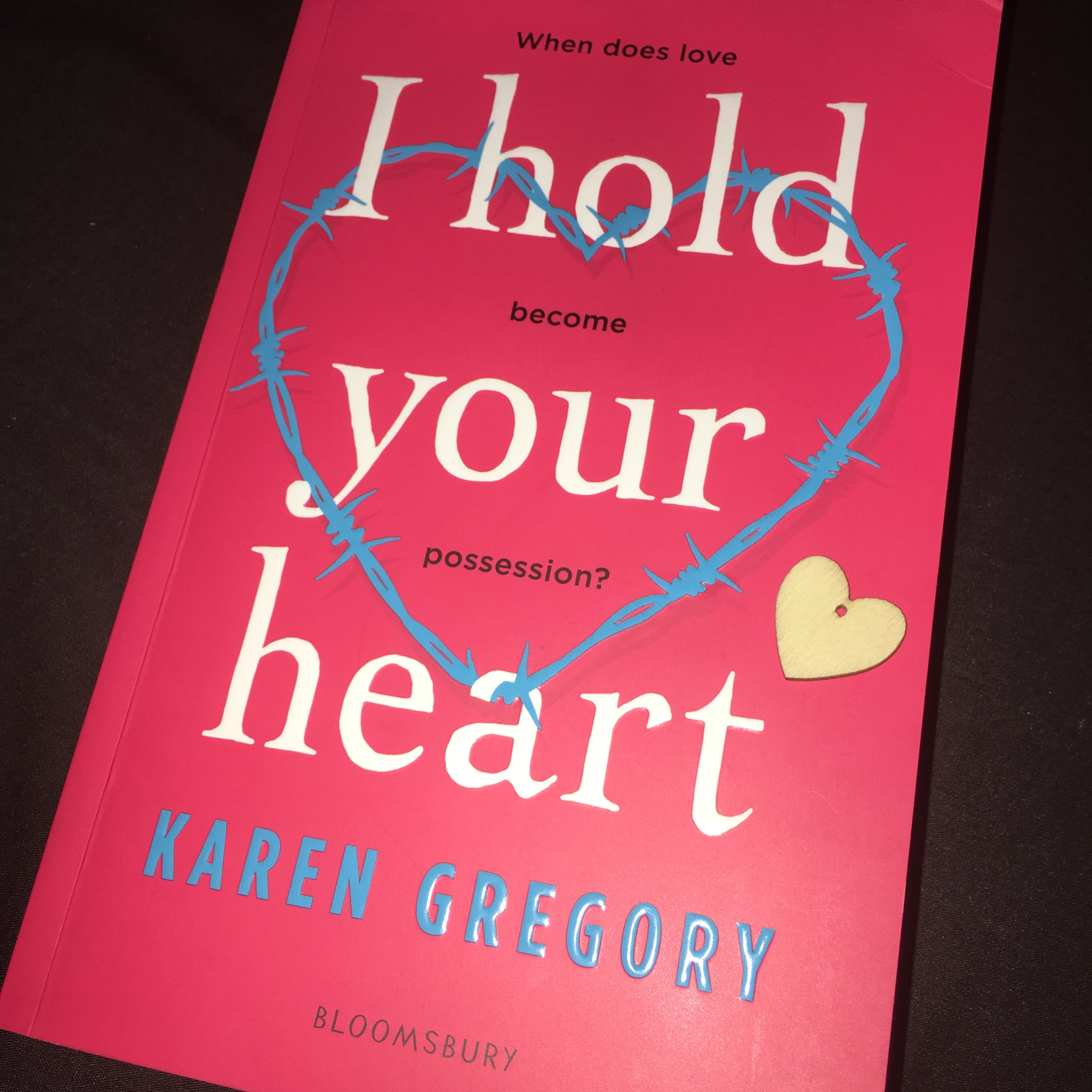 You make me feel like there’s something good in the world I can hold on to,’ Aaron says. He kisses me again, draws me so close it’s almost hard to breathe. ‘I love you, Gem. And I promise I’ll hold your heart forever.’

When Gemma meets Aaron, she feels truly seen for the first time. Their love story is the intense kind. The written-in-the-stars, excluding-all-others kind. The kind you write songs about.

But little by little their relationship takes over Gemma’s life. What happens when being seen becomes being watched, and care becomes control?

Told in both Gemma’s and Aaron’s words, this is a raw, moving exploration of gaslighting in teenage relationships that skewers our ideas of what love looks like. 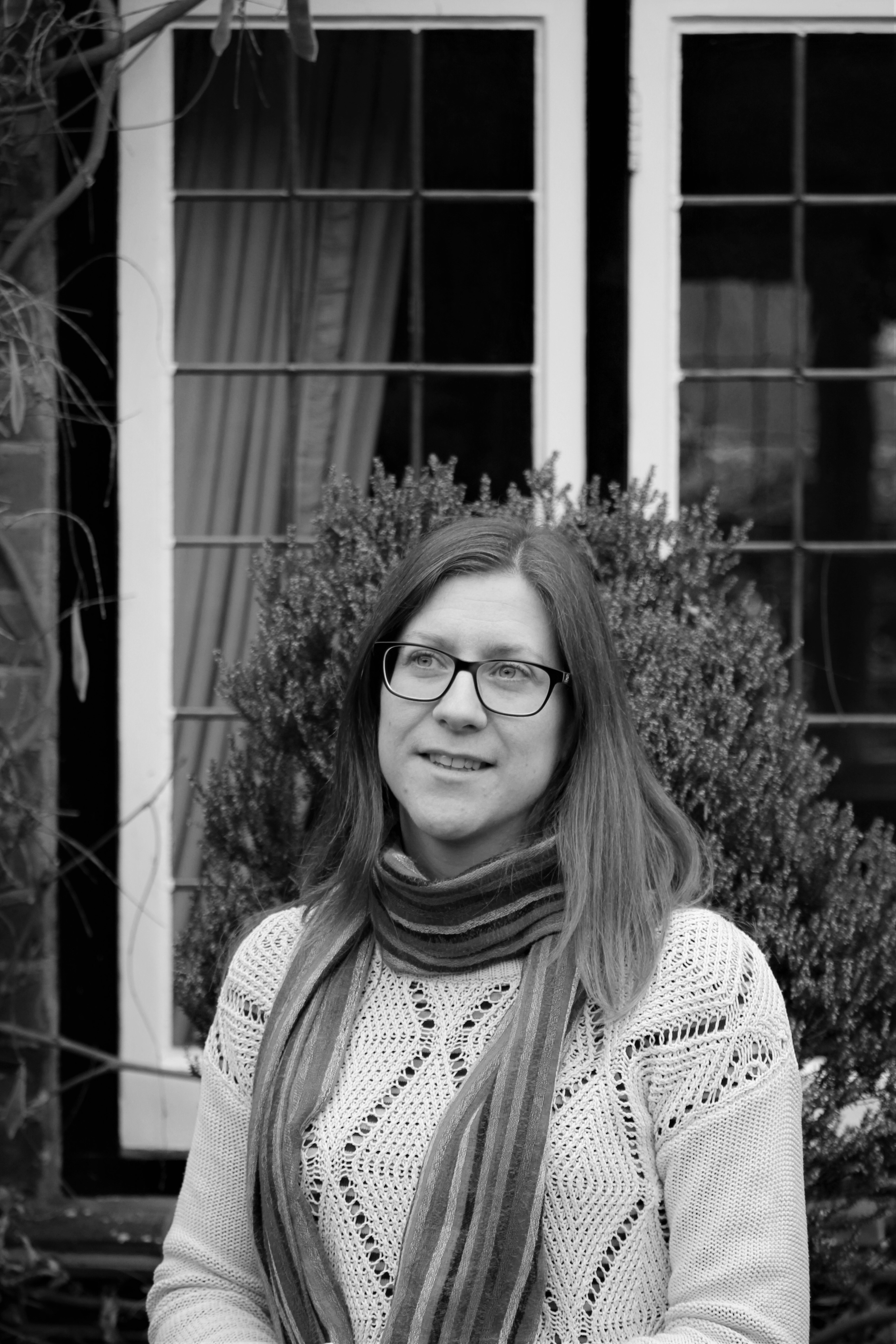 Karen Gregory has been a confirmed bookworm since early childhood. She wrote her first story about Bantra the mouse aged twelve, then put away the word processor until her first child was born, when she was overtaken by the urge to write. Her first novel, Countless, published in 2017, was shortlisted for the Leeds Book Award and longlisted for the Branford Boase. Her second novel, Skylarks, was published in 2018. Karen lives in Wiltshire with her family.

This starts out like a love at first sight teen romance, where main character Gemma gets swept away by the enigmatic Aaron. As do we to a certain extent, despite knowing that something is going to go wrong.

Gemma is overshadowed at home by her football playing younger brother Michael and Aaron sees this – and her.

With beach picnics and expensive gifts Gemma falls deeper and despite friends concerns she fails to see the warning signs. And that’s because they are so subtle at first. Things that are easily dismissed or put down to coincidence.

This is an interesting look at gaslighting in a relationship, made even more complex by the addition of Aaron’s point of view, one that doesn’t immediately portray neon flashing lights but indicates that something has gone wrong in a past relationship.

The author makes it clear in a postscript that having his point of view included doesn’t excuse any behaviour but it helps the reader explore the psychology of the phenomenon from both sides.

I loved the inclusion of Gemma’s family dynamic and it was intriguing how particularly her parents relationship set some foundations for certain behaviours to be seen as normal. That’s what is very tricky with emotional abuse in particular, in most relationships – even with friends – things are said that can be hurtful or occasionally manipulative, when does it become abuse?

Set in college we see how important friendships are to teenagers in navigating their transition between child and adulthood. Gemma’s great love is country music and songwriting and her changing relationships with her family, friends and activities are powerful indicators of what is happening. In isolation her relationship with Aaron can definitely be seen as romantic, but in the wider context the cracks show.

All in all this is a very powerful read that reminded me of You by Caroline Kepnes. Trigger warnings for emotional, physical and sexual abuse.

Do check out what the other reviewers on the tour thought.

Thank you to Faye Rogers and Bloomsbury for the gifted copy for the purposes of this honest review.