Category Archives: Kirsty rambles on about life, the universe, tv, and everything!

Here are the prompts: 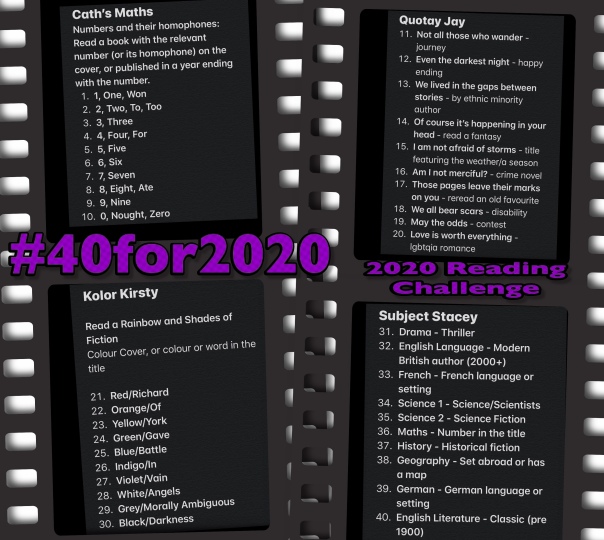 and a spreadsheet for you:

I still have a few books to go on my 2019 challenge so I’ll do a round up of that when it’s completed. One thing I’ve confirmed this year is that I am very much a mood reader so this time I’m not going to plan out what books I’m going to read and stick rigidly to that but go with the flow.

As ever this is your challenge so interpret the prompts as you like… and Happy New Reading Year 2020.

Who is joining us?

After a few slightly stressful book buying situations recently I thought I’d suggest what I’d most like to see here. I’m aiming to talk generally and not name names although I’m sure those in the know will know what inspired this post.

Anything that is limited edition is likely to leave some people empty handed – be that tickets to events, concerts, collectibles, books etc. FOMO is real.

My main issue around all this links to capitalism though and that there always seem to be people who manage to get hold of those restricted items seemingly with the intention to sell on at a profit. I’ve noticed that there are steps being taken to solve this, limiting sales to one item per customer. Trying to prevent resales for concerts etc but still we have issues and more could be done. (Just to note people that initially buy for themselves and sell on at a later date for various reasons this doesn’t apply).

It’s tricky because I feel hypocritical writing this because I’d love to be able to sit back and go I don’t care I’ll just go on in half an hour to see if there are any left. This is because I am invested in some things – experiences, collectibles, special edition books – especially when they have added prettiness. I’m slightly less bothered about exclusive numbered editions but slap a sprayed edge on something and ooooh.

Here’s what I would love to see happen although I realise some of this is very unlikely to. It’s a wishlist that would require action from different parties.

Publishers to – in advance – list all the pre-order special editions of an upcoming book before they go on sale so that consumers can be fully informed and can choose the edition(s) they most want to purchase (and in which priority). e.g. tell us about all the sprayed edges, bonus chapters, signed, numbered, exclusive covers etc.

The particular books that have inspired by this post have a number of editions that have all been released with some yet to be determined. I know not many of us can afford to get all editions of every book so this leads to either frequent cancelling of orders, or the later high resale prices because people know there was demand so keep duplicates specifically to sell.

Pie in the sky – have one super duper awesome version and allow pre-orders and create this issue to demand (plus extras for people that come to the party later). Wouldn’t that be lovely. But like I said capitalism doesn’t work that way.

Proper notice (Ideally at least a week) on when special editions are going to be available (for this recent book it was less than 24 hours if you count an author announcement and just over an hour if you count the vendor official newsletter e-mail).

An exact time for the release. People do need to plan lives around these things – as much as we love books / other stuff like work, family etc get in the way. Rude! 😉

Clarity over the ordering process. Can you order just by the website or by phone, e-mail etc too. Transparency about how this is managed. Certain amount limited to each ordering process?! Making sure infrastructure is in place to manage this for popular titles because the last thing you want is to turn round and have to cancel orders. That does not a happy customer make.

Vendors having adequate infrastructure to support sales of very popular titles. This would include things like:

Having websites that can be prescheduled to release a listing without need for manual input.

Buying in extra server capacity for these types of releases with queuing systems (e.g. like sites like Cursed Child or Popcultcha have).

If errors go on for longer than an hour postponement to the process is made (again to be re-set at specific announced time) to allow issues to be resolved. I’m sure all our refreshing didn’t help the website crash but equally whilst there was still hope of things being fixed and fear that the books would sell out very quickly if they were we just weren’t going to step back to allow it to be resolved.

Alternatively Vendors could even consider a raffle type process where people could submit pre-order requests over a 24 hour period via different processes (phone, e-mail etc) that they get randomly picked? Those who are unsuccessful are offered alternatives and allowed to cancel if that isn’t suitable.

On numbered issues in particular. That when a numbered issue of the first in a series is purchased that buyers get first and exclusive option of that same numbered edition of sequels in the series.

That we all try to remember that the customer service people we are dealing with, the authors who have no control over this process, and the fellow fans, that are just as excited as us, are all human and that we treat each other with respect. I hope that companies value when their employees have had a tough day and debrief or better yet send them off to happy hour.

Life isn’t fair. There will always be people that will be unsuccessful despite all these steps but there are fairer ways to implement things.

Just my thoughts. My way to process.

What do you think. All pie in the sky? Anything practical in there? Any other ideas?

Happy Special Edition Book Buying People. Tomorrow may the odds be ever in your favour. 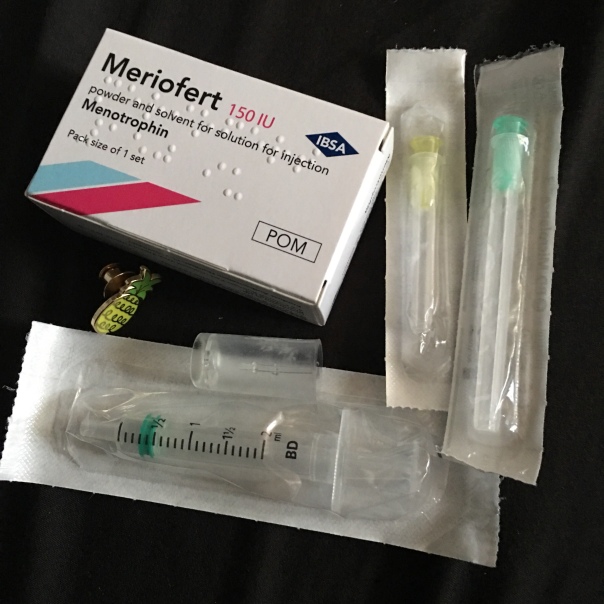 Hi all. I went for my first scan on Friday since starting the medication and things were all looking good. Ready to go good. I had one follicle on each ovary – 19mm on the left and 17 on the right with my lining at 9. I did have enough Meriofert to take until Sunday evening but the plan was set as: Take Friday evening’s dose as planned then trigger at 14.30 Sunday and I have my appointment for IUI in London on Monday.

I’m actually going up on my own this time but I don’t need a general anaesthetic this time so I’ll be up and back on the coach with some books to keep me company.

Then it’s a waiting game. My period is due when I’m on holiday in October. Obviously I’m really hoping it doesn’t come but I’ll be with good friends if it does.

Keep everything crossed for me. 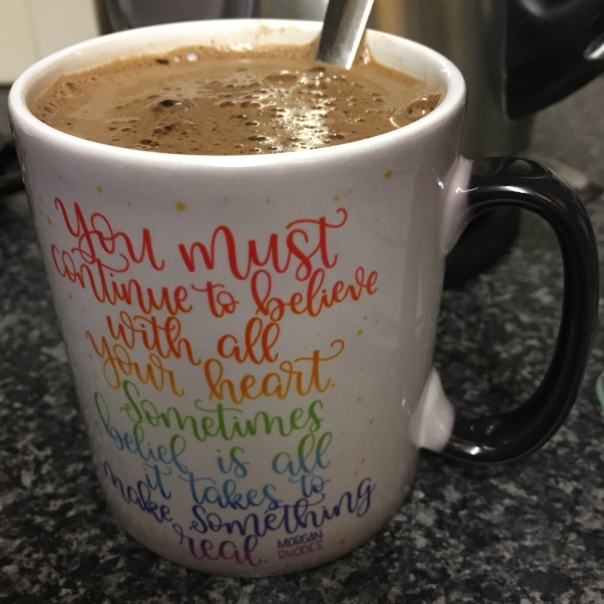