The Glass of Lead & Gold by Cornelia Funke – Book Review

In a land of elves, mermaids and trolls, true magic is where you least expect it…

In the snow-covered city of Londra, young Tabetha survives by finding treasures in the mudbanks of the river Themse. On Christmas Eve, a sinister stranger asks her to keep her eyes open for a priceless, long-lost magical object: the Glass of Lead and Gold.

As word of the Glass spreads across the city, Tabetha finds herself with some unlikely companions, not least a one-armed girl and a rather impressive soup chef. But will Tabetha discover that there are even greater fortunes to be found than the magical Glass?

Cornelia Funke is the highly acclaimed, award-winning and bestselling author of the Inkheart trilogy, Dragon Rider, The Thief Lord and the Reckless series which is also published by Pushkin Press. Born in 1958 in the German town of Dorsten, she worked as a social worker for a few years before turning first to illustration and then to writing. Her books have sold more than 20 million copies worldwide, and have been translated into 37 languages.

I’m not familiar with the Mirrorworld where this story is set (shakes head at neverending TBR) but that wasn’t an issue, anything that needed explaining was, and in a way that worked within the story. In fact this short tale has definitely made me want to pick up more of Funke’s work, now I just have to decide between Reckless and Inkheart.

Firstly let me just share my admiration for the presentation of this book. It is a small hardback with gold foiling that glistens and adds a magic to the glass on the front. The RRP is £9.99 for a 91 page story which includes intricate black and white illustrations by the author. This is a book that deserves to be shelved face out and one that will be bought out for bedtime reads, especially around Christmas when the tale is set.

Tabetha is an orphan who takes care of herself by mudlarking – collecting items in the banks of the river and selling them for money to live on. This is already a risky way of life so when she is tasked with finding a magical object she is thrown into more danger – both physically and ethically.

This story definitely had a fairy tale feel and reminded me of The Little Match Girl although, depending on which version of that you read, not as sad.

I enjoyed the disability representation and the variety of creatures encountered including the creepy looking Thumblings – think evil borrowers.

As all fairy tales are, this is a book exploring morals and human dilemmas – Tabetha has to decide between riches. Will she be lured by the promise of magic? The story is beautifully written and is one you will want to read over. 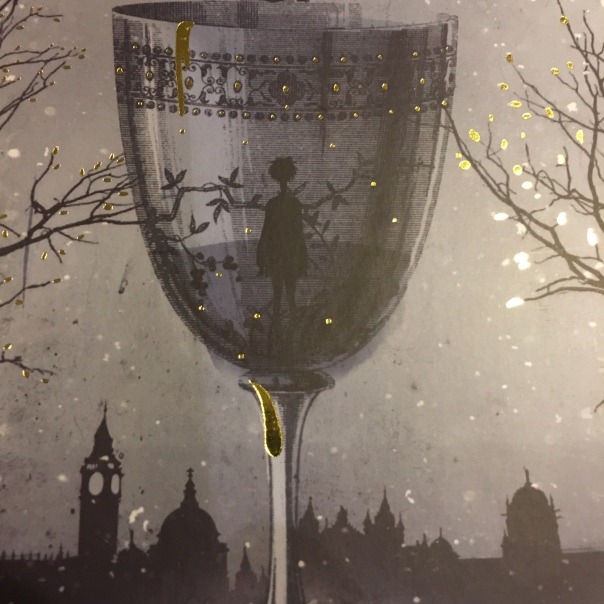