Welcome to my spot on the Beauty of the Wolf blog tour. Wray Delaney is a pen name for author Sally Gardner. I’ve read both Maggot Moon and Tinder – her “retellings” of the moon landing and the fairytale The Tinderbox.

In Beauty of the Wolf she tackles Beauty and the Beast with a gender twist, faeries and an Elizabethan setting. Sounds marvellous, and just feast your eyes on this beautiful hardcover 😍.

In the age of the Faerie Queene, Elizabeth I, Lord Francis Rodermere starts to lay waste to a forest.

Furious, the sorceress who dwells there scrawls a curse into the bark of the first oak he fells:

A faerie boy will be born to you whose beauty will be your death.

Ten years later, Lord Rodermere’s son, Beau is born – and all who encounter him are struck by his great beauty.

Meanwhile, many miles away in a London alchemist’s cellar lives Randa – a beast deemed too monstrous to see the light of day.

And so begins a timeless tale of love, tragedy and revenge…

A stunning retelling of Beauty and the Beast

Beauty of the Wolf is out now, and if your appetite for Beauty and the Beast retellings has been whet, you might like to check out the following too. I appear to have a number of them – not all read yet.

The Original by Gabrielle-Suzanne Barbot de Villeneuve (1740)(not yet read 😱) – this edition designed by MinaLima has interactive pages and is a work of beauty.

A Court of Thorns and Roses (ACOTAR) /A Court of Mist and Fury (ACOMAF) by Sarah J Maas – ACOMAF has to be one of my favourite books of all time and the first and the second books in this series are loosely inspired by B&tB with Faeries making the perfect beasts.

A Curse so Dark and Lonely by Brigid Kemmerer – a contemporary YA fantasy with a human girl sucked into a world where a Prince is cursed to relive his 18th year and turn into a beast every autumn. This is a recent release, and first in a series.

Cruel Beauty by Rosamund Hodge (not yet read) – our beauty in this one is betrothed to an evil ruler and has been trained to kill him. Will she?

The Beast’s Heart by Leife Shallcross (not yet read) – this one is told from the Beast’s point of view and reviews suggest he is extremely sympathetic in this version.

Lost in a Book by Jennifer Donnelly (Read) – story centred on an adventure with the magical book that appears in the 2017 film.

As Old As Time (not yet read) is part of the Twisted Tales series and has the tagline – What if Belle’s mother cursed the beast?

The Beast Within (not yet read) is part of the Villains Tales series focusing on the Beast. 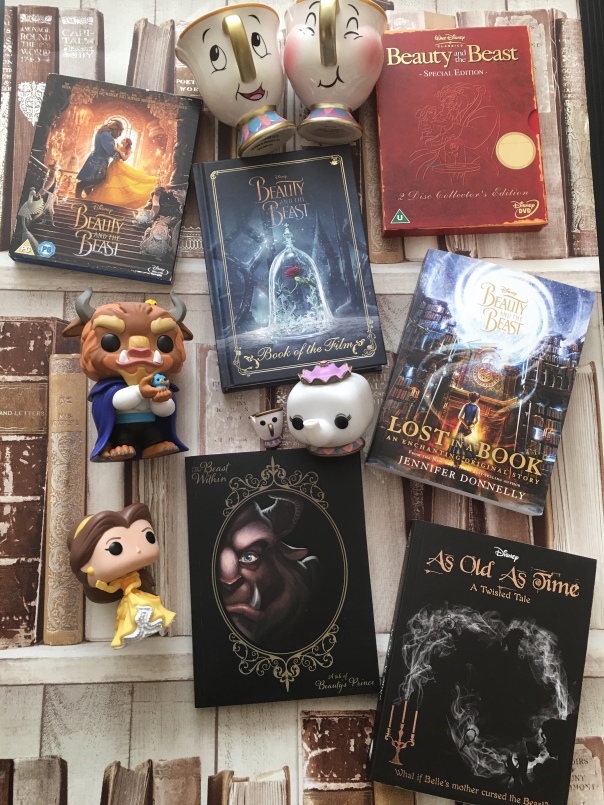 Disney animation (1991) – Belle is my favourite Disney Princess and every bookworm I know just wants the Beast’s library, and a number prefer the cartoon beast to the cartoon human. Plus Chip is the cutest teacup ever.

Beauty and the Beast TV series (1987 – 1990) – I was in love with this series as a teen. Linda Hamilton of Terminator fame starred as Catherine who finds romance with Vincent (Ron Perlman) who lives below the city in the sewers.

Beauty and the Beast TV Series (2012-2016) – Smallville’s Kristin Kreuk is a detective who falls for an ex-soldier hiding from the government who experimented on him. I started this series and really enjoyed it. Must watch the rest.

Beastly (2011 Film) – Vapid pretty boy Pettifer gets cursed by an Olsen twin and needs Vanessa Hudgens to fall in love with him. Cheesy but fun.

Are there any other B&tB retellings I’m missing?

What strikes you most about the synopsis of Beauty of the Wolf? 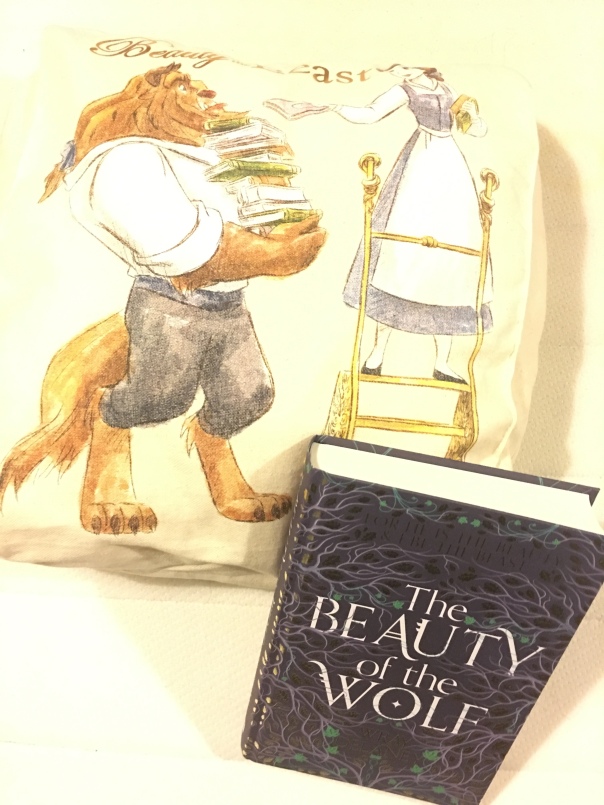 I was gifted a copy of Beauty of the Wolf from HQ/HarperCollins and I think I’ll be having a Beauty and the Beast themed read/watchathon in March.

Tags: A Curse so Dark and Lonely, ACOMAF, ACOTAR, Beastly, Beauty and the Beast, Blog Tour, Cruel Beauty, Disney, Faeries, gifted, HarperCollins, HQ, Lost in a Book, Retellings, Sally Gardener, Tale as Old As Time, The Beast Within, The Beast’s Heart, The Beauty of the Wolf, Wray Delaney