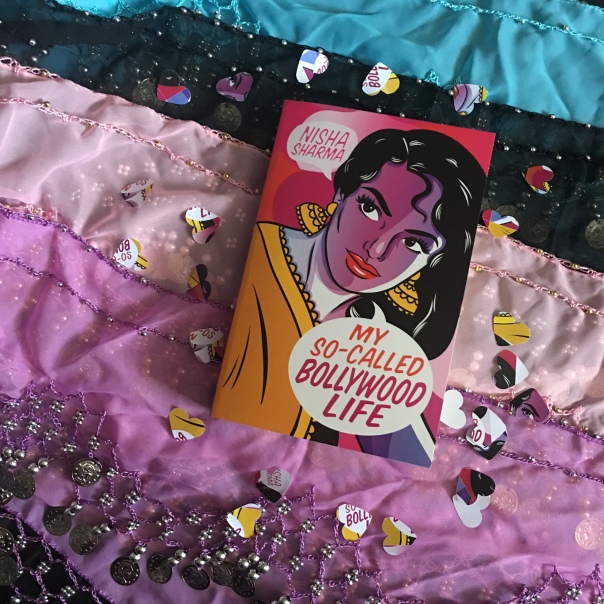 Do You Believe in Destiny?

Bollywood film fanatic Winnie Mehta has grown up convinces her future is written in the stars. Her family’s pandit predicted she would find the love of her life before she turned eighteen and her boyfriend Raj ticks all the boxes. So when the pair break up just months before her eighteenth birthday, Winnie is lost.

Then fellow film geek Dev challenges Winnie to look beyond her horoscope for her own happily ever after and take the future into her own hands. With a little help from family, friends and a Bollywood movie star, Winnie is about to discover that you can’t live life by the script. 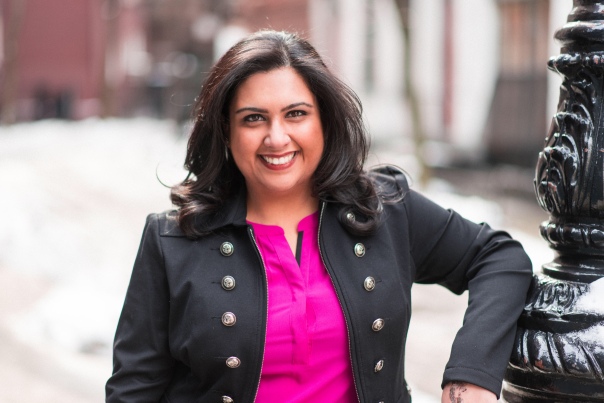 Nisha Sharma grew up in Northeast Pennsylvania immersed in Bollywood movies, ‘80s pop culture, and romance novels, so it is no surprise that her first young adult novel, My So-Called Bollywood Life, features all three.

The concept for the novel came to Nisha when she moved to New Jersey after law school, and a few years later, she completed the story as part of her MA thesis. Nisha was fortunate enough to receive feedback on film culture in the book from directors and producers such as Susan Catsonis (Storefront Pictures) and Gironde Chadha (Bend It films).

Nisha credits her father for her multiple graduate degrees, and her mother for her love of Shah Rukh Khan and Jane Austen. She lives in New Jersey with her cat, Lizzie Bennett, and her dog, Nancey Drew.

This was a really fun read and one I can totally see being filmed in the vein of She’s All That and similar high school movies.

I am somewhat ashamed to admit I have never seen a whole Bollywood movie! I’ve seen snippets and think I understand the general gist. Melodrama, melodrama and some singing. I’m not sure if the title is a reference to the 90s TV show My So-Called Life (which I loved by the way) but I definitely saw echoes of Angela in Winnie.

Winnie is a Bollywood fan girl and each chapter begins with a short blog review of a film that sort of links in with what is going to happen. Not being familiar with the films some of these didn’t work for me but I found it interesting that at the back of the book there was more of a synopsis for reference (I wonder if they were initially with the chapters but omitted?). There were also references to other non-Bollywood films which weren’t given the same treatment (luckily for me I was more familiar with those). There are also dream sequences with one Shah Rukh Khan (a real actor in case like me you didn’t know). Those who aren’t movie buffs might miss out on a few references in that case. Although I’ve certainly been given an excuse to see add a few more films to my TWL!

I’m just going to pause here to point out that a few reviews I’ve read say that Winnie is unlikeable. I agree a few of the things she does are questionable but it worries me that YA characters (females in particular) seem to have to be totally politically correct in their views to be seen as likeable. Especially when not liking the character is cited as the main reason for not liking a book.

Winnie even refers to her own behaviour as like Reese Witherspoon’s character in Election so I think she shows insight into some of the situations in which she doesn’t behave perfectly. She’s 17 – I’m 40 and I’m still learning. I do remember being a teenage girl and girls can be mean to those people who aren’t their friends – crikey even to their friends. The teasing and poking fun occasionally goes too far.

There also just seems to be an inability to suspend disbelief and just have fun when reading stories, and this story is huge fun. Yes discuss books critically but not to the extent where you snap their spines and leave them unreadable.

I like to fully immerse myself in a story and take it in as a whole before trying to take it apart. It’s why reviews take me so long to write as I don’t often make notes so have to flick back. My views can fluctuate but I usually get an overall view of how much I’ve enjoyed it/learnt from it etc. It’s why I don’t put numbers to my reviews here anymore and will find myself re-rating books on a re-read. Where you are at personally when you read affects how you respond.

Sorry. Diverted by that but I felt it was important to highlight. Back to MSCBL.

This was very clearly a romance and there were definite swoon worthy moments. I did guess at something quite early on but as ever I enjoyed seeing when characters would catch up, and what would happen when they did. And the responses did surprise me.

I liked the focus on family and friendship too. I was really interested by the emphasis put on birth charts and horoscopes in Indian culture – it was useful to see differing views on this from those within the same culture.

I think Winnie realises it isn’t straightforward to follow destiny, or even realise what it is at times. One event had me telling the book characters off in no uncertain terms. They didn’t listen to me, but the very end bought a huge grin to my face. Romantic gestures don’t always work out like they do in the movies. 😂 🍨

Fans of Happy Girl Lucky by Holly Smale and It Only Happens in the Movies by Holly Bourne will enjoy this Bollywood take on the movie obsessed teen romance story.

Thanks to Faye and Jess at Darkroom Tours and the publisher Stripes for the copy and paper hearts I was gifted for the purposes of the bookstagram tour and an honest review.