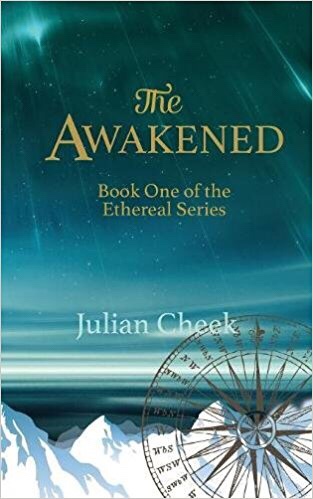 My name is Sam. I am nothing special but apparently if I don’t wake up, both this world and that other one will be destroyed. Nice One! All I wanted was to disappear into my own world and be left alone. But, No! Even THAT was taken away from me.

Well just wait. You want me to fight? I’ll show you “fight.”

You took the most important thing in my life away from me, and now I am coming for you.

Hidden away in your mountain stronghold, even the rocks around you will not stop me getting to you.

You started this war.

I am going to finish it!

He has enough to cope with in his invisible, suburban, existence without having some fantastic and, frankly, unasked-for, alternate reality drop into his life asserting that he has powers beyond his wildest dreams. And that unless he does something, both his world, and that of Muanga-Atua, will come to a horrible end.

A terrifying episode one blustery night may be enough to start to erode the impregnable shell he thought he had built up around himself. A shell, not to keep others out, but to keep the rage in. Could he afford, as was the norm now, just to do nothing?

After a short while, he pushed past the last of the branches and came across the source of the noise. A pond lay in front of him, surrounded by moss-covered, shiny stones and pebbles, haphazardly strewn around and disappearing into the water. A small waterfall bounced over the rocks above him, landing into the pond in front, casting ripples into the mirror of the water, reflecting its surroundings. He felt the soft spray on his face and hands as it glistened in the air around him, slowly painting him in a sheen to match the surrounding area. He knelt down, reaching his hands out into the water, sensing its coldness as his fingers dipped into the liquid. And cupping his hands, he drew a few eager mouthfuls into his mouth. The silence of the surroundings now eased by the subtle sounds of the falling water and droplets from the surrounding fronds falling into the water’s edge.

As he was drinking, he sensed, rather than heard, a subtle disturbance in his immediate environment. For some reason he felt the hairs on the back of his neck start to lift and a feeling of danger began to weave itself into his mind. There were no apparent changes to the noises around him, no shadows casting strange shapes into his field of view, but something was not right. Something was here, he was sure of it. And that “something” was not wanting to announce itself! He slowly lifted his gaze up from the water’s edge, scanning the surroundings, searching for a clue to his sense of danger, but nothing was there. The branches of the trees still bent down to touch the water’s edge, the moss and ferns lay quiet opposite him, the water still bubbled down the rock face above him, landing into the water. There was nothing obvious about his surroundings that advertised danger. I must be imagining things, Sam thought. The quietness is starting to get to me. His gaze fell back to the reflections on the water, seeing the tree line, the pebbles just below the surface. But something didn’t gel, and his brain made his eyes focus on the surface. Focus on the surface of the water just in front of him. Focus on the reflections on the water just in front of him. And looking back, coming into view, now that his brain, like a radar, had picked up its target, was the shape of an animal. Small, furry, sleek bodied, a long sweeping tail brushing the grasses, talons gripping the rock face. Large eyes, looking straight down at him.

Straight down at me!… With a shock, Sam sprang back defensively as he realised that this creature had crept up behind him and was even now above him on the rock face of the mini waterfall, intent on getting closer without him knowing.

His world exploded as a scream powered out of his mouth, and instinctively he jumped up, grasping a rock in his hands, and throwing it in the direction of where he thought the animal was, all the while screaming out in shock, hoping to scare this “thing” as far away as possible. Arms flailing and legs kicking out instinctively, Sam shouted and cursed in pure, adrenaline-induced terror.

No noise, no scrabbling, no whimpering. Nothing. Whatever it was, Sam thought, had been scared away by his antics and probably long since disappeared down the hole it had scraped itself out of in the first place. His breathing calmed down a notch and he allowed himself a brief grin, thinking he had scared off whatever terror that “thing” was. He cracked out the tension from his shoulders, which had been building up whilst at the pool, and again turned towards the water, as if to seek some release there.

On the opposite side of the pond, sitting calmly and serenely on its haunches, and not more than two metres from him, the “creature from hell” gazed across as if, for all the world, this screaming banshee, that had been Sam, was a common occurrence here. Its eyes were intelligently gauging Sam’s next movements. A thin tongue snaked out, licking its ears, and those big eyes fixed Sam with steely gaze… and then it smiled!

By smiling, its mouth opened, and the most lethal looking row of sharpened, death-dealing fangs shone out from the dark pit of its mouth……… 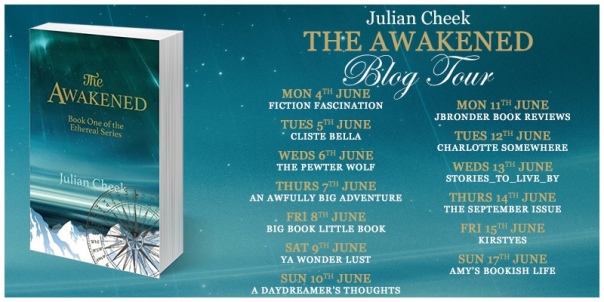