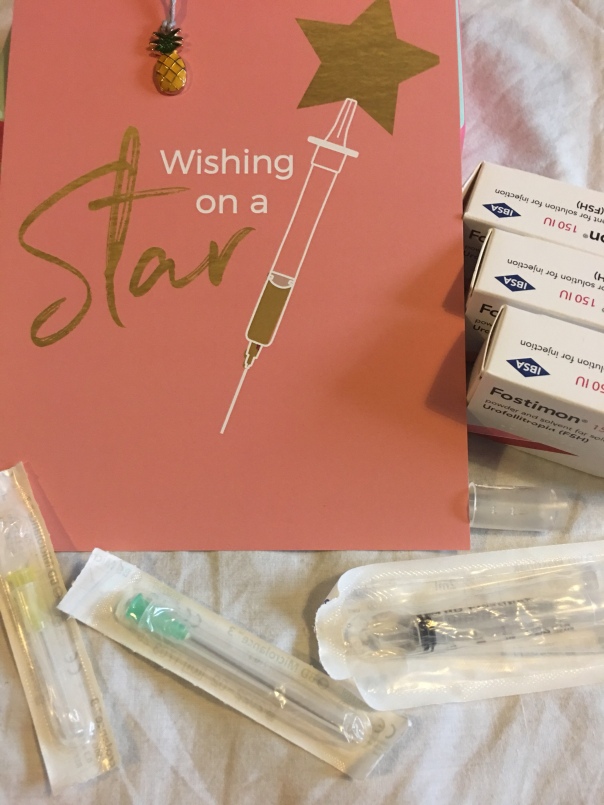 So I’m 6 days into my IVF journey already and here is what has been happening so far.

People of a nervous disposition may not want to read on as needles and … bloody periods … will be discussed.

As I said on my last post my period finally started on Sunday and boy did it make up for being late. I think it’s probably my first proper one since stopping the pill and I literally lost all of my blood Sunday and Monday morning. Was just glad Sunday wasn’t a work day as I felt like I spent most of it on the toilet!

Sunday night I did my first injection of Busceralin. This is a downregulating drug that is given in short protocol throughout at a standard dose to stop you ovulating. I decided to do this one in my thigh. Alternating left and right each night.

I was more scared about drawing up the correct dosage and did this by guidance over FaceTime with comments such as ‘how did you get an air bubble in it again!’ given as encouragement 😂😂.

The giving of the injection itself wasn’t too bad though and the fine needle slides in pretty smoothly but I found you had to use a fair bit of pressure to inject the solution.

Almost immediately I get a small injection site reaction that is around the size of a small sting that itches for around half an hour and then goes down. Sometimes I am left with a bit of a bruise. Sometimes not.

Tuesday night I added in Fostimon. This is a Follicle Stimulating Hormone that basically encourages your ovaries to grow follicles that hopefully will contain eggs. This drug comes in a power solution that you mix up with solvent and is actually quite fun to see dissolve. (Trying to keep focusing on the positives). This one I do in my stomach and I again alternate sides but match up with the side I am injecting my thigh so I don’t get confused. This one doesn’t seem to react however the second night I obviously caught something because I bled a tiny bit and bruised after. The following day I felt a little nauseous for most of the day but that could be due to a variety of other things. 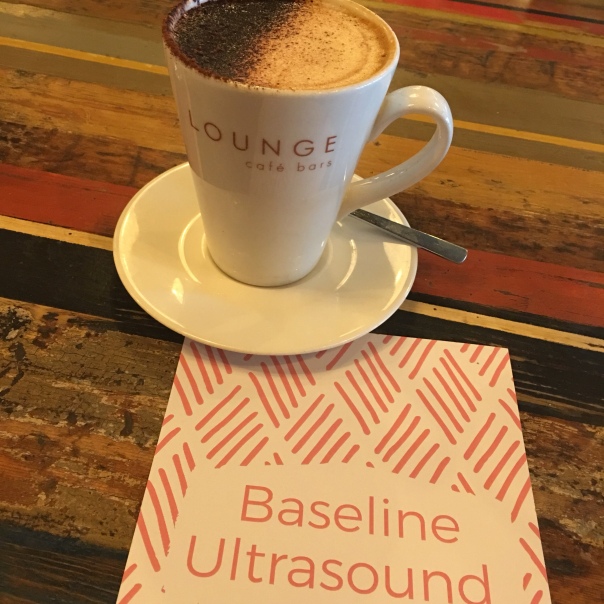 Today I went for my Baseline scan (?if it is classed as an ultrasound) just to check everything is as it should be. As I’m not too many days away from my period we aren’t expecting the follicles to be too noticeable and want the lining of the womb to be thin (less than 5mm). Mine was 2mm and I had one leading – also referred to as juicy – Follicle on the right ovary (around 10mm) and another 3 tiny ones and 4 tiny ones on the left. I also had some bloods taken to check hormone levels.

So ok news so far. Not a super amount but not insubstantial either. I have another two doses of Fostimon tonight and tomorrow and then I switch to another similar drug called Merional. I currently have 7 days of this drug to take but depending on how the follicles develop I may need to take more or even less. I have another scan Wednesday morning to see how everything is progressing. We are hoping for growing follicles and a fatter womb lining. Thanks to my friend Jay for coming to my scan with me.

Also a huge thank you to Natasha for this lovely IVF care package from Apple and Pips which included the trying to conceive community symbol IVF pineapple necklace (which I will be wearing to my appointments) and the IVF milestone cards you can see used in my pictures. 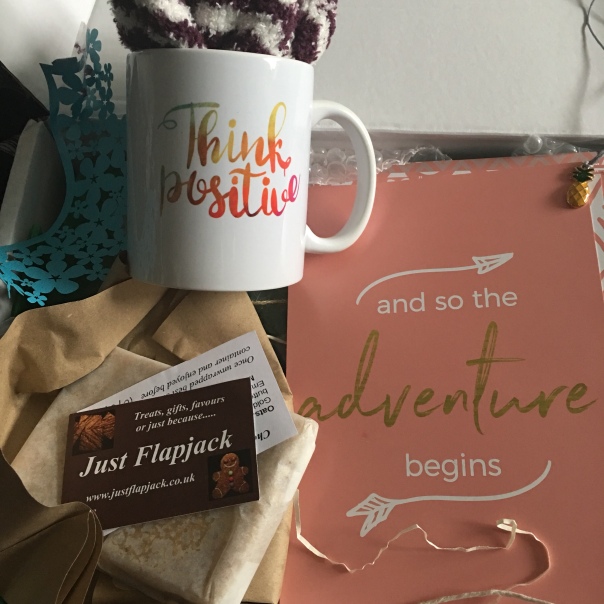 I think in my next post I’m going to talk about the process of sperm donation as I received a comment on one of my posts that indicated that not everyone is aware of how this works – or indeed agrees with it.

Any questions do ask.

Thanks to everyone who has expressed their support and sent me messages of encouragement. Still got a journey ahead but so far it’s been ok.

Posted on June 8, 2018, in Kirsty rambles on about life, the universe, tv, and everything! and tagged baselinescan, follicles, fsh, IVF, ivfjourney, ivfmilestones, ivfpineapple, short protocol, tryingtoconceive, ttccommunity. Bookmark the permalink. Leave a comment.