← #SilentSunday
Do OTs Do Balance? →

Driving Views – British or Not?

Driving home today I had a very British thought. I thought the driving test should contain points for courteousness, things like letting people out, waving if you’ve been let out. And also that there should be a three strikes three points rule for things like tailgating, cutting someone up on a roundabout, ‘taking a risk and dashing out when someone has already let two people out and really needs to get on now’ and other such annoyances.

A non British thing I think in relation to driving is people’s tendency for form one lane queues when there are two lanes but then get angry and try and block people who try and use the second lane – surely that’s what it’s there for and if people courteously allowed people to merge in turn traffic jam queues would be shorter (unlike this sentence) and people generally happier.

This has been bought to you by Kirsty’s random thought for World Mental Health Awareness Day 2012!! 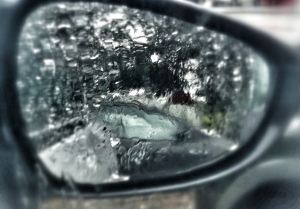 Posted on October 11, 2012, in Kirsty rambles on about life, the universe, tv, and everything! and tagged British, Britishness, Courtesy, Driving, World Mental Health Awareness Day. Bookmark the permalink. 2 Comments.

← #SilentSunday
Do OTs Do Balance? →