J is for… (#atozchallenge)

Now thanks to the My Laminated List I’ve already covered Jensen but I think he deserves another little picture, don’t you? 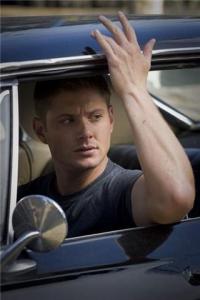 Now I did debate on putting this post under G for Gods. Jensen is my current God of lust (for reasons that should be obvious to all and especially those who have watched Supernatural) and Joss Whedon is my God of TV.

I remember seeing Buffy the Vampire Slayer the movie (I think it was back in 1992) – I probably went to see it because I’d loved The Lost Boys. Now the film, if you take it as a comedy and bit of fluff was a lot of fun and I enjoyed it. So when I heard it was being made into a TV Series I was soooo excited.

I loved it straight away and another one of my obsessions began – of course the fact that there was this gorgeous brooding vampire played by no 3 of my list). Angel left at the end of season 3 – nooooooooo, but he got his own show……..yes, thank you God, I mean Joss. Then the evil spooky priest dude (nearly no 5 on My laminated list) got a show too, Firefly (which I only recently watched and have only seen once – a re-watch is on the list) and a film Serenity. Then Faith got her own show where she played a girl who could be anyone in Dollhouse and Fred from Angel turned up in that too.

In my view all of these shows have been cancelled way too soon because I think Joss is too clever for words and that he says so much about current issues whilst framing it in the Supernatural and sci-fi. I think he’s got a lot to say and I can’t wait to see what he does next and who from his previous series star in it. Joss (and his fellow writers though he is the initial concept guy so gets top billing here) can do horror, comedy, drama, genre, brilliant characters and conflict and well, pop-culture references I love to recognise. In fact he does everything well sometimes all in the same episode.

Here are a few of my top episodes

Once More with Feeling – Musical. Episode. Nuff said – love the song I’m Under Your Spell. And that training montage – pure class.

Hush – The Gentleman are some of the freakiest creatures ever to have been invented (just ask my sister she hates it when I do my Gentlemen impression). And the majority of the episode is done without dialogue (makes note to rewatch as part of my screenwriting lessons).

The Pack – Xander turning into a Hyena – kinda sexy

Out of Mind, Out of Sight – we’ve all had that feeling invisible scenario but what happens when being ignored makes you disappear?

Halloween – I love Halloween – this episode makes me very careful about what costume I wear – hence punk fairy, vampire with cool wings.

Suprise/Innocence – Bow chic a wow wow with Angel, Angel is like a lot of blokes after but worse and they kill a giant smurf!

The Wish – Vampire Willow is badass

The Zeppo – Xander saves the day and nobody realises

Earshot – think being able to hear what people are thinking is a good thing – think again.

The Prom – school protector – they did notice.

Dracula – Dracula – and Buffy’s got a little sister – what?

The Gift – 100 episodes and still cracking

Seeing Red/Villains/Two to Go/Grave – And the big bad of the series is… And they are stopped with a yellow crayon.

Help – A young girl faces the inevitable but Buffy refuses to let fate play its hand – does she succeed?

Same Time, Same Place – another creepy, creepy monster in this one – gives me the shivers just thinking about him

Chosen – the final episode and what a corker

The Ring – Angel gets his fight on

Five by Five/Sanctuary – Faith’s in town

Over the Rainbow – Hello Fred

Lullaby – there really is nothing stronger than a mother’s love

Dad – Angel with a baby – ahhhhh

Deep Down – bring back Angel – please

Souless – Angelus is back

A Hole in the World – Nope I didn’t see that coming :o(

Ghost – seems Dolls have issues too

The Target – do they not vet these people?

Briar Rose – Altruistic use of Echo – plus we meet Alpha

The Attic – so that’s what that is

Epitaph One/Epitaph Two: Return – two futuristic episodes bookend the end of each season – a warning for us all?

And I need to watch Firefly more before I can pick, but Serenity (the film) is bigger and just as damn good

To be honest I’m happy to watch all episodes over and over, please do try them out if you haven’t seen them. I’ve pre-ordered the Buffy Season 8 DVD (Comic Book Style) – now available in iTunes but I’m going to wait and watch it in one hit on a bigger screen.

I’ve highlighted my, ‘if I could only ever watch three episodes of this series what would I pick’, in bold.

Which of these series do you like and what are your top three episodes in it? 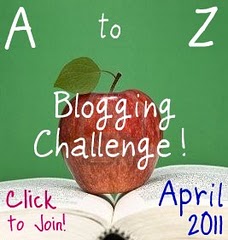 Posted on April 12, 2011, in #am writing (and all things writing related), April A-Z Challenge, Kirsty rambles on about life, the universe, tv, and everything! and tagged Angel, Blogging from A-Z Challenge April 2011, Buffy, Dollhouse, Firefly/Serenity, Jensen Ackles, Joss Whedon. Bookmark the permalink. 11 Comments.