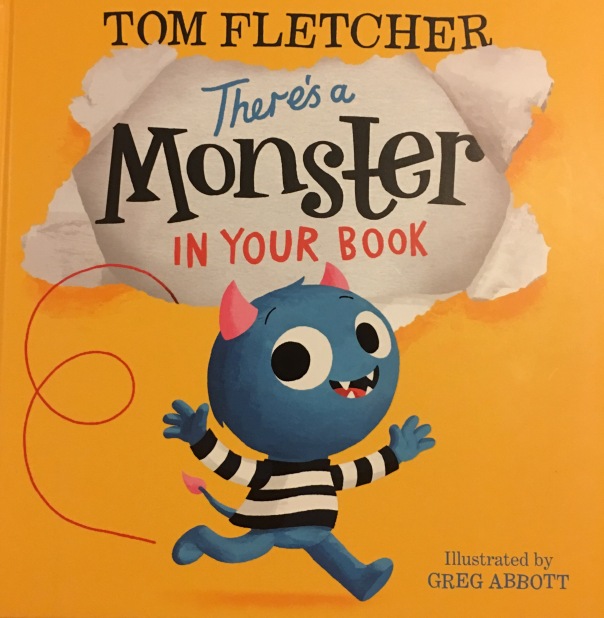 So I’m reviewing another picture book, and I bought this one! Written by Tom Fletcher of McFly fame and illustrated by Greg Abbott this is a short tale of trying to expel a monster from your book. It would be such a fun interactive story to read together because each page prompts another action to try and send him packing. Tickling, tilting, spinning, shouting.

The monster is so adorably drawn and the bold use of the primary colours Blue, Yellow and Red with Black and White make the story so vibrant.

This is a fairly large hardback book and that would probably be my only criticism because I think the book might be a bit unwieldy for some little arms.

The conclusion of the book explores what happens if you manage to get the monster out of your book??? Read to find out.

Norman had always been perfectly normal. That was until the day he grew a pair of wings!

Norman is very surprised to have wings suddenly – and he has the most fun ever trying them out high in the sky. But then he has to go in for dinner. What will his parents think? What will everyone else think? Norman feels the safest plan is to cover his wings with a big coat.

But hiding the thing that makes you different proves tricky and upsetting. Can Norman ever truly be himself?

A poignant yet uplifting story about individuality, with stunning artwork in a striking minimal palette from the author/illustrator of Herman’s Letter. Fans of Oliver Jeffers and Benj Davies will love it.

Add it to your Library on Goodreads 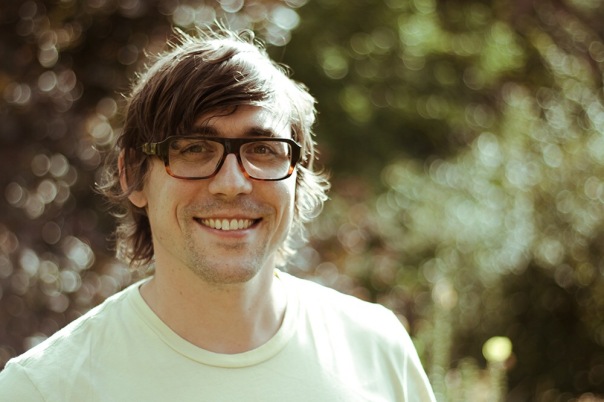 Tom Percival writes and illustrates picture books and has also produced covers and internal illustrations for the Skulduggery Pleasant series. Tom has written and illustrated three books for Bloomsbury: HERMAN’S LETTER, BUBBLE TROUBLE and the forthcoming HERMAN’S HOLIDAY. He grew up in a remote and beautiful part of South Shropshire. He now lives in a far more conventional building (a house), with his girlfriend and their young sons.

Ok. So as a nearly 40 yr old (1 week and 3 days to go!) I guess Picture Books aren’t directed at me. But, whatever your age you can appreciate a good story and good art and Perectly Norman has both.

The art style is adorable and I love that the focus is on Norman throughout by having him in colour and the rest in monochrome.

The theme of the story is so important and the fact that Norman’s ‘difference’ is that he has wings could be used as a metaphor for so many things. His fear of being seen as abnormal leads him to wear a big coat. Another metaphor for hiding. Norman finds he struggles to engage in everyday life, he gets bullied and he gets depressed. But when he is encouraged to be himself his heart and body soar and life is colourful again. He also finds out that he wasn’t quite so alone in being different after all.

What a brilliant message told in a beautiful way.

When I was asked to take part in the blog tour it seemed like fate was playing a part. This weekend has been the New Forest Fairy Festival and I have sprouted my own wings.

On Saturday I went as a Book Fairy with my homemade Harry Potter and the Deathly Hallows wings. I also gave out free books and loved to see the joy of reading in the recipients’ eyes. 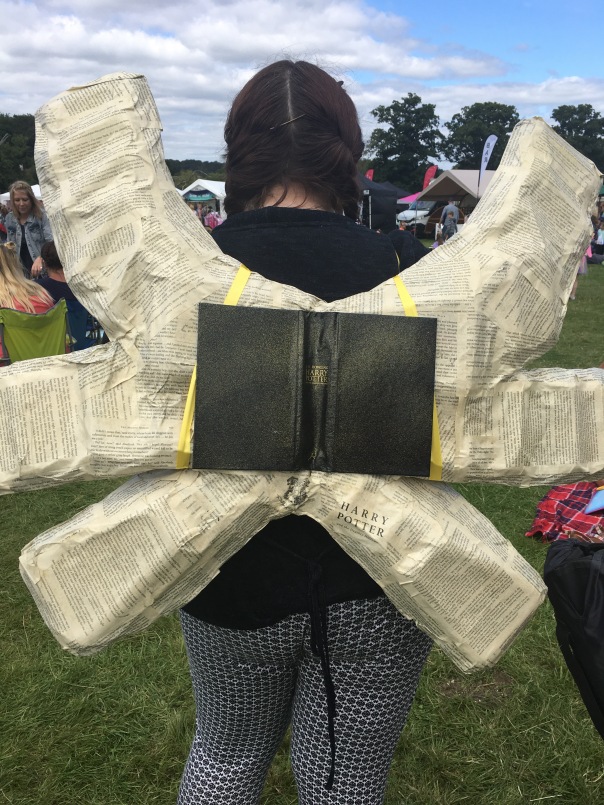 Today I’m wearing wings made by Mabin Rhys Wings (headpiece by me).

It’s so important to have safe spaces for people to let their personality, loves and passions shine. You aren’t alone, there are others who have wings too.

Please read this book with your children, and let them know it’s ok to be Perfectly Them.

Today is the last stop on the blog tour but do go check out the previous blogs.