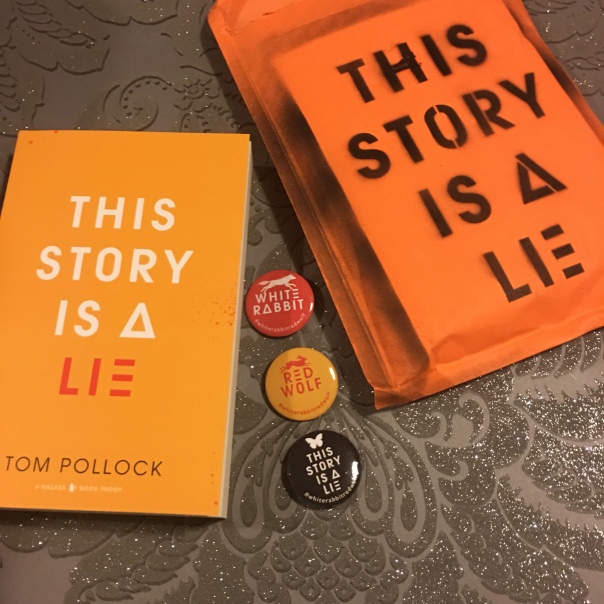 This picture was actually used in a buzzfeed article.

Sometimes, courage is just knowing what you’re more afraid of.

A taut thriller about murder, maths and the mind. Peter Blankman is afraid of everything but must confront truly unimaginable terror when his mother is attacked. Seventeen-year-old Peter Blankman is a maths prodigy. He also suffers from severe panic attacks. Afraid of everything, he finds solace in the orderly and logical world of mathematics and in the love of his family: his scientist mum and his tough twin sister Bel, as well as Ingrid, his only friend. However, when his mother is found stabbed before an award ceremony and his sister is nowhere to be found, Pete is dragged into a world of espionage and violence where state and family secrets intertwine. Armed only with his extraordinary analytical skills, Peter may just discover that his biggest weakness is his greatest strength.

Tom Pollock has been described as “a powerful imagination” by the Guardian. He is the author of four novels, and an ambassador for Talklife, the peer support network for youth mental health, for who he blogs about his experiences with depression, anxiety and bulimia at https://blog.talklife.co/. Inspired by those experiences, White Rabbit, Red Wolf is his first thriller for young adults. He lives and works in London and can be found on Twitter: @tomhpollock.

In the promo material for this book we received a letter from the author Tom speaking about his own mental health difficulties including binge eating/bulimia and initially I thought I was going into a contemporary story exploring that. There was no synopsis included just the front cover saying “This Story is a Lie”. Having had my own experiences of binge eating I was a little nervous going into the book and although some of the scenes are quite graphic and whilst mental health is explored, this book moved way beyond focusing on main character Pete’s mental health “issues”

In fact it came as a complete and pleasant surprise in the form of a thriller. Pete’s scientist mum is heading to an awards evening at the Natural History Museum and she is dragging along her children Pete and Bel. Not only is Pete a teen who would rather be at home but he is someone who has severe anxiety and the events of the evening are not about to help with that. His mum is stabbed, his sister goes missing and he’s bundled away by spies!!!

Told from Pete’s perspective in the present, and in the past (in chapters titled Recursion with the time reference indicated) this was such an engaging and dramatic read.

I loved how Pete’s focus on numbers and logic help him both manage his problems and gradually unpick the mystery. Although perhaps there are things uncovered that might have been better left hidden. Pete is definitely a character you root for and empathise with.

The relationship between him and his sister Bel, and Pete and his only friend Ingrid are highlights and boy does this story have you questioning everyone. Is anyone who he thought they were, is he?

Like a cross between A Beautiful Mind, We Were Liars and The Curious Incident of the Dog in the Nighttime I would highly recommend this captivating story.

Huge thanks to Walker Books for the surprise proof copy of this. Opinions as ever are my own.