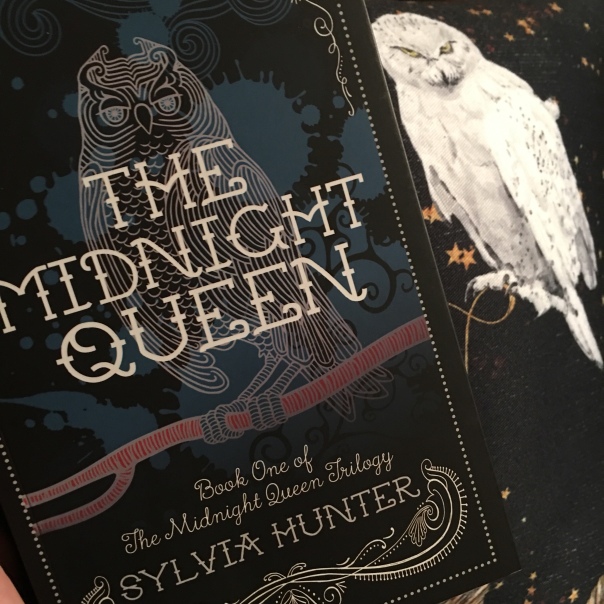 In the hallowed halls of Oxford’s Merlin College, the most talented – and highest born – sons of the kingdom are taught the intricacies of magickal theory. But what dazzles can also destroy, as Gray Marshall is about to discover…

Gray’s Britain is a fragmented kingdom of many tongues, many gods and many magicks. But all that concerns Gray right now is returning to his studies and setting right the nightmare that has seen him disgraced and banished to his tutor’s home – without a trace of his powers. And it is there, toiling away on a summer afternoon, that he meets the professor’s daughter.

Although she has no talent of her own and has been forbidden by her father to pursue it, Sophie Callendar longs for a magickal education. But she started a bookish rebellion in her father’s library long ago, and her sheltered upbringing conceals a mysterious past and what may prove a catastrophic future. Her meeting with Gray sets off a series of events that will lead them to uncover a conspiracy at the heart of the kingdom and into the legend of the Midnight Queen, who vanished without a trace years before.

I was immediately drawn into this British alternate history fantasy world that author Sylvia Hunter has created. Men are the only ones allowed to study magick, even though women can possess it too. The magick system seems to be quite complex and some can be taught and other aspects need to be harnessed. There’s shapeshifting (the front cover might give you a clue into what), scrying, elemental and summoning magicks. There’s an awful lot to learn. Cue a library and books and also practical demonstration.

We are first introduced to Gray who has got himself, through no fault of his own, thrown out of Oxford and – not all that kindly – invited to his tutor’s house for Long Vacation. He meets Sophie and their instant connection is apparent and she is particularly intriguing to both Gray and the reader. She is definitely a feminist who wants to challenge the status quo.

But then she learns that her own status quo isn’t exactly all she thought it was. Thus begins a thrilling journey to find out the truth and foil an assassination with a little burgeoning romance thrown in for good measure.

The other character I adored was Sophie’s younger sister Joanna who is a handful, and a half.

The pace is a pleasantly odd mix of regency travel and society with added crime busting and magick but it kept me reading and comfortably entertained. Near the end is a scene that personally I felt was surplus to requirements – it was a little like Hercule Poirot explaining how a crime had been committed but we and most of the characters already knew most of the information. That being said I still loved this book, the character and the world, and it had a satisfying conclusion. Some elements introduced I would love to see explored more (the worldbuilding is masterful and hints st lots of aspects, religion etc without being an info dump) and the story is left open for more adventures but the main plot is completed and I would say it could be read as a stand alone.

Books 2 and 3 in the series are also out now – Lady of Magick and A Season of Spells – I’ll definitely be checking them out. Fans of Zen Cho, Leigh Bardugo and Jane Austen should enjoy.

Thanks to Allison & Busby for the finished copy for review. It is beautiful inside and out and all opinions above are my own.